When it comes to crawl spaces, most homeowners think, “out of sight, out of mind.” But did you know that you breathe in the air that runs through your crawl space? That means any rot, mold, or dirt in your crawl space will find its way into your family’s lungs.

For 15 years, Crawl Space Brothers has helped protect and repair Washington, DC homes. Washingtonians rely on us because they trust our team to do the job right and stand behind our work. That’s why we offer a Lifetime Transferrable Warranty and Communication Promise--so you can rest easy knowing we’re taking care of your home the right way.

Start Here for a FREE Inspection!

Please fill the form out completely 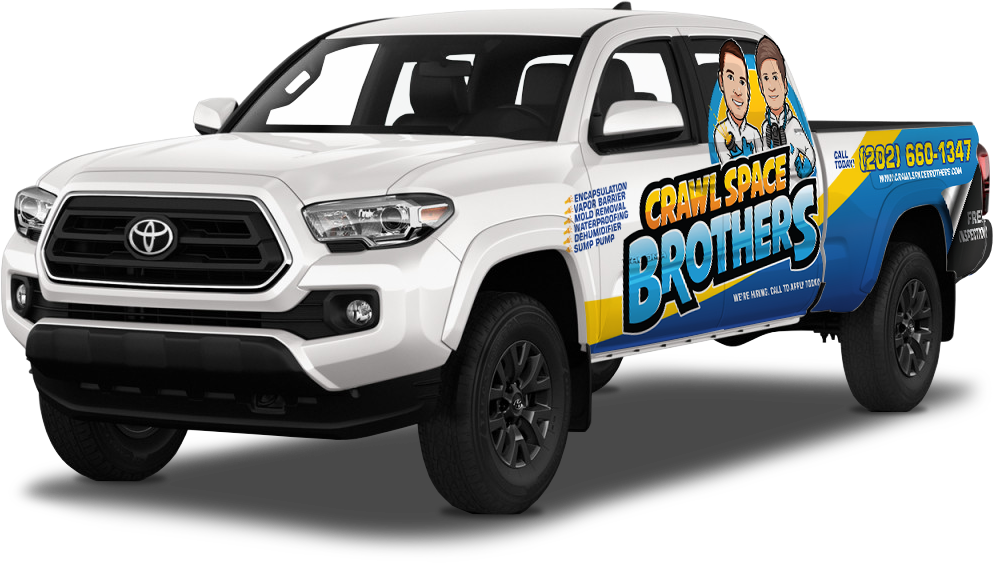 Signs You Have A Crawl Space Problem

It can be tough to know if you have a crawl space problem in your Washington, DC home. Keep a look out for these signs:

If you notice any of these problems, a leaky crawl space may be to blame.

Crawl Space Brothers specializes in crawl space moisture removal and repair. If your crawl space is flooded or improperly sealed, we first identify the cause of the problem. Then, our highly trained technicians will use a sump pump to drain all moisture from the space and install a complete interior drain system consisting of a trench and drainpipe. We also offer mold removal services to extract any fungal or mold growth to keep you family happy, safe and healthy.

The Benefits of Crawl Space Encapsulation

Even if you don’t have any of the problems listed above, there’s no better time to consider crawl space encapsulation like the present!

Encapsulation is the number 1 way to prevent humidity and moisture in your crawl space. Our certified technicians install a 15-mil woven polyethylene vapor barrier on the ground, walls, and ceiling of your crawl space. Finally, we seal it to ensure that moisture cannot get in and that it is up to code.

Plus, we always back up our work with a Transferable Lifetime Warranty, so if anything ever goes wrong, we’ll fix it for free.

The benefits of crawl space encapsulation include:

Garrison Grisedale 5 months ago
The team is down to earth, friendly, and efficient. They won't beat around the bush. Very well priced too. Strongly recommend!
Mark Englert 5 months ago
Crawl Space Brothers is hard-working and trustworthy! Very professional and willing to go the extra mile.
Josh Orlaski 5 months ago
Very friendly and helpful. Highly recommend.

If you have a damp, musty crawl space, reach out to our office today. We offer free inspections in Washington, DC to discover what is wrong with your crawl space. Whether you need mold removal, repair services, or crawl space encapsulation, our team of friendly, experienced technicians can help you out.

Call us today for service to your home in Washington, DC and the surrounding towns.